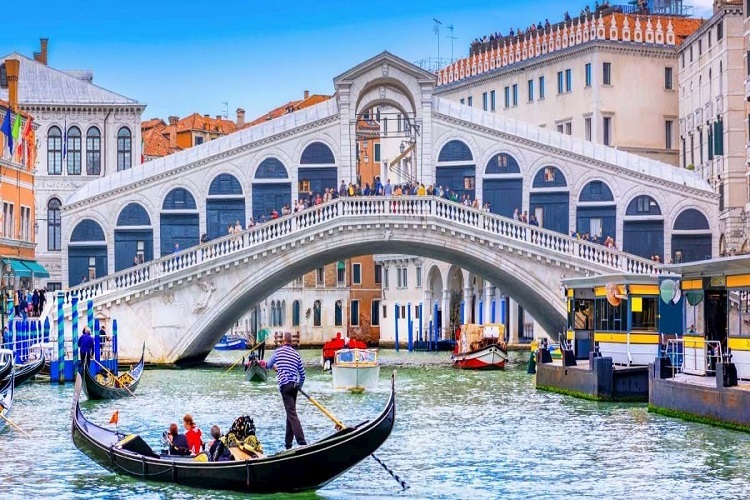 Why I Choose Venice For My Next Holiday

Venice has not lost its charm from centuries and tourists have been coming to Venice to enjoy its outstanding and price-friendly places. My visit to Venice starts from a two hour walking tour by viewing the historical places from San Marco Square to Rialto VeniceBridge. I will surely guide you towards the most memorable places of Venice to make your tour charming. I recommend the following places to visit in Venice like;

Piazza San Marco: The place of countless pigeons and people, Piazza San Marco is the biggest trapezoidal shaped square in the center of Venice. To host many festivals of Venice like Carnival in February and concerts, there are a large number of hotels and restaurants in this square. If you are here then don’t miss the Venice’s most splendid place, which is not other than “The Basilica de San Marco”.
San Marco Campanile: This 98.5 meters high historical building, originally constructed in 1173, is also known as St. Mark’s bell Tower. This ancient building was used for different purposes in different era like as a light house for the ships coming from lagoon, as experimental site of Galileo to invent his telescope in 1609 and as a torture cell for prisoners during war. After its sudden collapse in 1902, it was re-constructed.
Doge’s palace: the most ancient building of Venice, The Doge’s palace or Palazzo Ducale has remain the cultural heritage of Venice due to its political and administrative back ground. Its history meets the 10th Century, but it was re-constructed many times especially after the fire of 1106. if you visit here, you will call it the master piece of splendid infrastructure, consisting apartments of Doge, Palace of Justice, government quarters and magnificent courtyard. You will never forget its grace ever.

My name is Kate Peters. The Writer and traveller. I visit many Magnificent places in the world and I want to tell you about my journey.

Choosing Accommodations On A Holiday

Vacation- The Best Things That You Can Do In Bicol, Philippines

Beach Vacation: The Best Clothes To Take Away

Planning a family vacation in Chennai? Here is a list of things to do with your…

6 Reasons Why You Need a Disney Vacation Planner