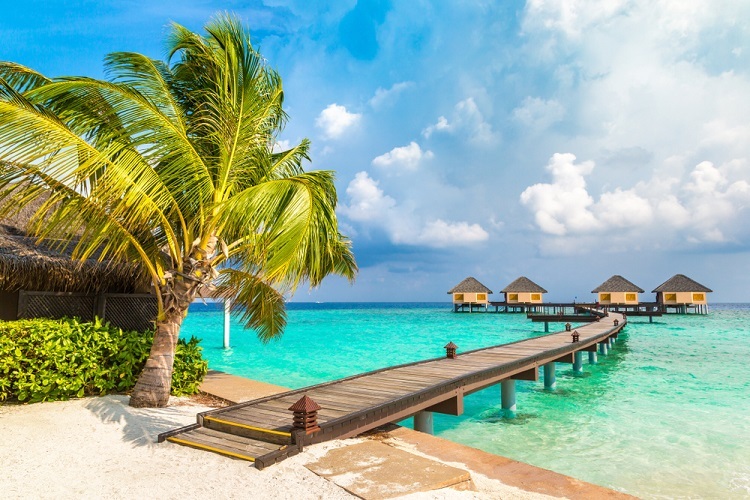 What’s your idea of the perfect island holiday? Generally speaking, it might simply be a sandy white beach, plenty of great food and drink, and to lay in the sun while you lazily flip through a novel that contains 50 shades of bad writing. This can be a perfectly relaxing holiday, and yet there are so many wonderfully unique islands around the world, meaning that this type of island relaxation can take many forms. So what are some great island holiday ideas from around the world?

The North Sea might not sound like a tropical paradise, but the German island of Sylt turns into a sun-drenched haven during the summer months. It’s on the border with Denmark, and you can reach the Danish mainland via ferry. There’s a bridge to Germany, so you can bring your car. Sylt is long and narrow, and there are a number of fairly generic tourist resorts on the island, which were popular with Germany’s rich and famous in the days before it was possible to fly to Spain in less than three hours. Most of the infrastructure (and population) is located around the town of Westerland, so head to the eastern shores of the island to escape the crowds and enjoy unspoiled, sweeping sandy beaches.

Easter Island used to have more short-term visitors than it does these days. Planes flying into South America from the Asia Pacific region (and vice versa) used to have to land in Easter Island in order to refuel. This is no longer necessary with modern jet airliners, so you need to actually take a dedicated flight to the island (which only depart from Tahiti, Chile, and Peru). But this also means that you don’t have to share the island with too many visitors (and there are less than 7000 people who call the island home). You will come to see the Moai statues, the world-famous rows of heads that are dotted around the island, staring out over the vast expanse of the Pacific Ocean. The details of how so many very heavy statues were created and strategically positioned is a matter for debate. But it’s undeniable that there’s something profoundly moving about seeing them for yourself.

White Island (just off the Bay of Plenty in the country’s North Island) is not a typical island getaway. You can’t actually stay there, nor would you want to. The island is in fact an active volcano, and is strictly for a day trip. You can actually walk up an active volcano as ash billows from its peak. It’s a haunting destination that is a once in a lifetime experience. A trip to White Island can carry a hint of danger as you feel tiny and insignificant when compared to the natural power that is bubbling beneath your feet. Don’t worry, as the island is under constant seismic monitoring, meaning that you will only be allowed to visit the island when the volcano is stable (which is most of the time).

First time visitors to Fraser Island might be surprised by the number of stray dogs wandering around. Guess what? They’re not dogs. They’re wild dingoes. Yes, as in “A dingo’s got my baby.” They are harmless if you keep your distance, and they are unconcerned by humans. However, you should ensure that any food is kept secure if you do any camping. Humans and dingoes live side by side on Fraser Island, which is the largest sand island in the world. There are sand dunes the size of mountains, and sliding down them will return you to a state of childlike joy. The entirety of the island is protected, so you can truly feel like you’re escaping the modern world (although the city of Brisbane is a fairly short drive to the south). Slide down the sand dunes again and again until you work up a sweat, and then take a dip in the Pacific Ocean.

Most visitors to the Tahitian Islands head straight to Bora Bora, where the majority of tourist resorts are located. If you want something a little more authentic, stay on the main island. There are a number of hotels and holiday apartments dotted around the edge of the island, and you get to see a side of French Polynesia that most visitors don’t. The beaches might be less manicured than in the resorts, but this is the real Tahiti – a mountainous, almost impenetrable interior ringed by the coastal regions where most people live. There’s something exceptionally peaceful about standing on a beach and listening the waves break onto the coral reef just off the shore.

Cuba is perhaps the ultimate island getaway, combining a rich culture with miles and miles of sandy beaches. Planning is key for travelling around the island while still getting to see everything, and there are many tours for those that want to explore Cuba. There’s much more to Cuba than Havana, although this lively little city needs to be experienced. Make sure that you get out into the countryside to see some of the other towns in Cuba (Baracoa and Viñales are our picks). Cuba is often seen as having a somewhat dark history, but that idea will disappear the moment you set foot on the island. And yes, there will be plenty of chances for cigars, cocktails, and dancing.

My name is Kate Peters. The Writer and traveller. I visit many Magnificent places in the world and I want to tell you about my journey.

Corporate Event Planning in Toronto – Tips for a Successful Event

Choosing Accommodations On A Holiday

Beach Vacation: The Best Clothes To Take Away

Planning a family vacation in Chennai? Here is a list of things to do with your…

6 Reasons Why You Need a Disney Vacation Planner