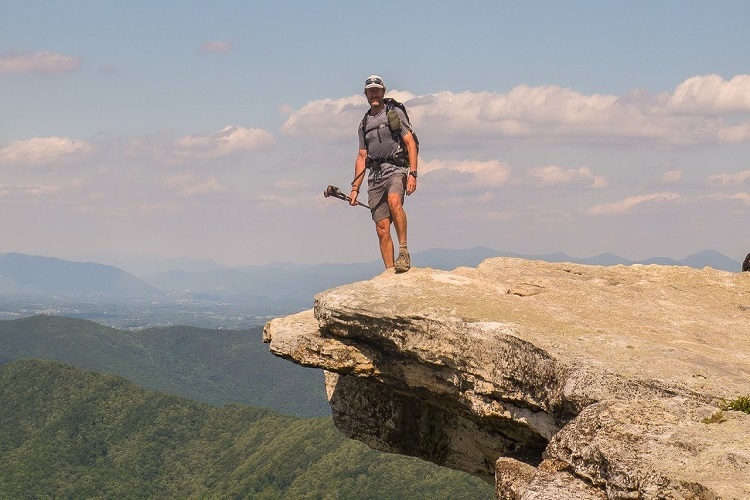 Prepare for an Arduous Hike in the Appalachians

One of the oldest mountains in North America, the Appalachians is majestic and grand, but it can also be dangerous. Its trail that extends for over 2,000 miles and takes up to 7 months to hike means many things can happen.

In 2013, for example, a famous veteran hiker Geraldine Largay got lost after relieving herself. She survived for 26 days, her ordeal she shared in her journal later found.

Over the years, plenty of stories about accidents and deaths have been reported, although none keeps tabs on the official count. In 2015, Jason Parish of Philadelphia died when a strong wind knocked off a tree, which crushed him.

A website page called Mapping Death on the Appalachian Trail shares stories of hikers and campers who died (or almost met their end) for various reasons, including murder.

Despite the potential danger, thousands still desire to conquer the Appalachians, usually for bragging rights or self-fulfillment. You may be one of them.

Before you embark on a once-in-a-lifetime journey, though, make sure you’re well prepared:

Many hikers and campers are ultra-light packers, but this concept won’t work in the Appalachians. Remember, you will spend months on the road. You won’t have easy access to food, water, and other essentials.

At least a few weeks or months before your hike, practice carrying your things. Walk for an hour or two on various terrains.

It helps increase your stamina, makes you feel more comfortable walking with heavy baggage, and trains you to be smarter with your resources. You will eventually know how to pack, so it’s less burdensome for you.

You also need to work on your self-defense skills. Getting lost in the wilderness isn’t the only problem in the Appalachians. So are attacks and killings.

When Largay got lost, she sent text messages to her family. It never went through when she needed it the most since the signal was spotty. Plus, mobile phones may require frequent recharging.

Bring along a power bank. These days, some options are already battery operated. Most of all, supplement your mobile phone with a satellite handheld radio.

The two-way radio uses signals from fixed satellites that orbit the earth, not cell phone towers, to relay information for miles, depending on the range. It is the same equipment used by rescue teams, from firefighters to responders.

In the Appalachian trails are hundreds of shelters known as lean-tos. Although they’re not as comprehensive and as comfortable as a basic camping facility, it can protect you from natural elements. You can also rest here in between your walk. You will likely find one every eight miles of your trek.

Every seven days, you may be much closer to town. During these times, consider staying in a hostel. It can help recharge your energy, go back to your hiking plan, and adjust accordingly depending on your goals and weather conditions.

Usually, hikers looking for the ultimate challenge traverse Springer Mountain, Georgia, to Mount Katahdin in Maine. This is the longest hike-only trail that spans at least 2,000 miles.

Preparation, therefore, is key, beginning with when and where to go. Popular Mechanics highly recommends starting in Georgia, which is the south part of the trail. This is because, near Katahdin, the hike may be the toughest.

However, the weather also matters. If your hike is around February to April, Georgia is a better pick. Maine will be much colder. However, if you want to hike in the summer, go to the northern end. This way, you can take advantage of the cool air.

If this is the trail you choose, then know that you may be passing plenty of state or national parks. While hiking the Appalachians is free, these sections may have specific requirements before you can enter.

For instance, if you’re a section hiker (someone who has hiked or planning to work over 50 miles from the park), you need a special permit to enter the Great Smoky Mountains in Tennessee and North Carolina. Otherwise, you’ll pay over a hundred dollars.

You may also need to stay in a shelter while inside the park. Since many hike the Appalachian Trail or even visit the park, reserve your accommodation early.

The Appalachian Trail isn’t for the fainthearted, and stories prove it repeatedly. But you can set your mind to it, and with proper preparation, you may be one of the few to conquer it.

My name is Fortune Selepe. Travelling is not my dream it's a hobby. I want to tell you the best places in the world.

Hiking Guide: Preparing Yourself on Your Next Hiking Adventure

How Beauty Tourism Continues To Flourish In The Pandemic

Denver Tours – Explore The World With Us

Why Use a Travel Agent Instead of Booking Online

Top tips for visiting Poland from an experienced Polish DMC

7 Milestones For A Trip Through Vietnam